Results from the GAMARF research campaign

The GAMARF campaign, with transnational access flight hours financed by EUFAR, took place above the island of Lampedusa in 2008. The campaign, led by Dr. Daniela Meloni from ENEA, sought to estimate the aerosol shortwave and longwave radiative forcing from surface and airborne measurements in the central Mediterranean.

In April 2015, the results of the campaign were published in an article entitled "Altitude-resolved shortwave and longwave radiative effects of desert dust in the Mediterranean during the GAMARF campaign: Indications of a net daily cooling in the dust layer" in the Journal of Geophysical Research. Click here to access the article.

Desert dust interacts with shortwave (SW) and longwave (LW) radiation, influencing the Earth radiation budget and the atmospheric vertical structure. Uncertainties on the dust role are large in the LW spectral range, where few measurements are available and the dust optical properties are not well constrained. The first airborne measurements of LW irradiance vertical profiles over the Mediterranean were carried out during the Ground-based and Airborne Measurements of Aerosol Radiative Forcing (GAMARF) campaign, which took place in spring 2008 at the island of Lampedusa. The experiment was aimed at estimating the vertical profiles of the SW and LW aerosol direct radiative forcing (ADRF) and heating rates (AHR), taking advantage of vertically resolved measurements of irradiances, meteorological parameters, and aerosol microphysical and optical properties. Two cases, characterized respectively by the presence of a homogeneous dust layer (3 May, with aerosol optical depth, AOD, at 500 nm of 0.59) and by a low aerosol burden (5 May, with AOD of 0.14), are discussed. A radiative transfer model was initialized with the measured vertical profiles and with different aerosol properties, derived from measurements or from the literature. The simulation of the irradiance vertical profiles, in particular, provides the opportunity to constrain model-derived estimates of the AHR. The measured SW and LW irradiances were reproduced when the model was initialized with the measured aerosol size distributions and refractive indices. For the dust case, the instantaneous (solar zenith angle, SZA, of 55.1°) LW-to-SW ADRF ratio was 23% at the surface and 11% at the top of the atmosphere (TOA), with a more significant LW contribution on a daily basis (52% at the surface and 26% at TOA), indicating a relevant reduction of the SW radiative effects. The AHR profiles followed the aerosol extinction profile, with comparable peaks in the SW (0.72 ± 0.11 K d−1) and in the LW (−0.52 ± 0.12 K d−1) for the considered SZA. On a daily basis, the absolute value of the heating rate was larger in the LW than in the SW, producing a net cooling effect at specific levels. These are quite unexpected results, emphasizing the important role of LW radiation.

The IMK-IFU ultralight aircraft D-MIFU, instrumented for airborne aerosol and radiation research, during its take off at Lampedusa airport. The airborne instruments allowed measuring the longwave irradiance profiles for the first time in the Mediterranean. 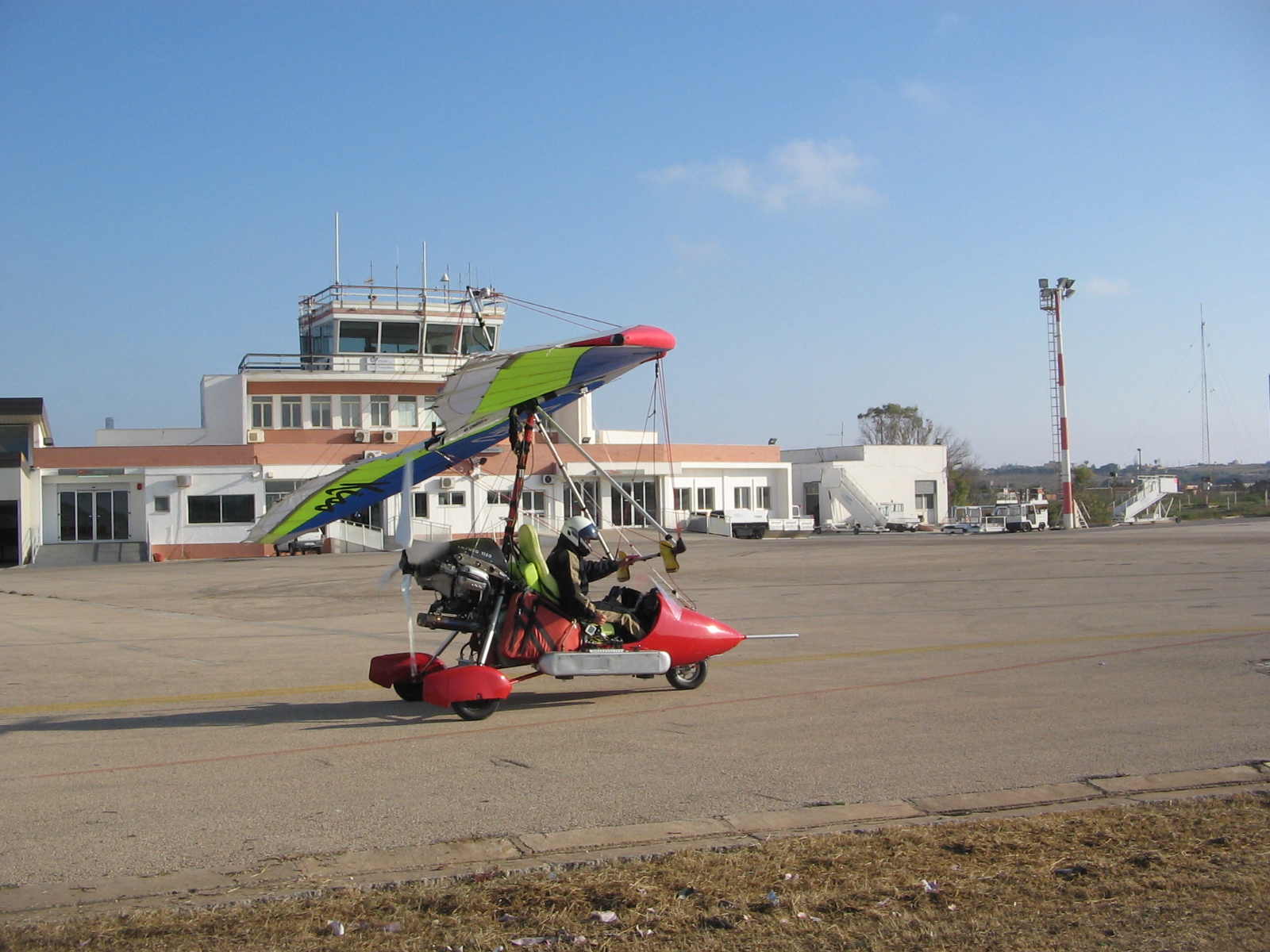 Two ENEA researchers during a radiosonde launch. The information from the radio sounding was used to integrate the ground-based and airborne measurements. 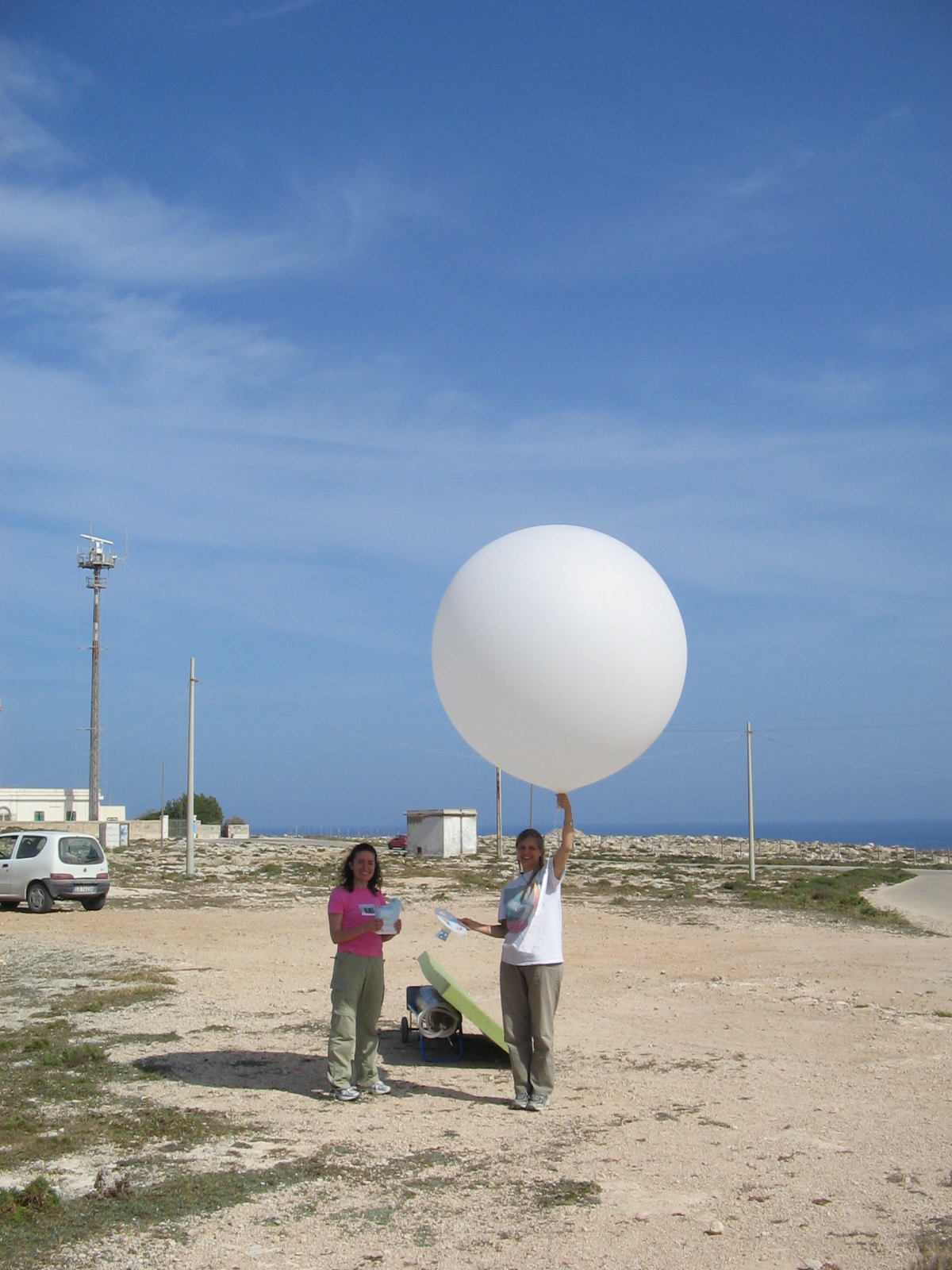