The Sunphotometer Airborne Validation Experiment (SAVEX-D) proposal was selected during the UGSP meeting in spring 2015 and was allocated 10 flying hours on the FAAM BAe146. The experiment took place in August 2015 in the Cape Verde archipelago, clustering with the ICE-D (Ice in Clouds Experiment – Dust) campaign led by the Met Office and the Universities of Leeds and Manchester. The SAVEX-D team included researchers from the University of Valencia (Spain), University of Reading (UK), National Research Council (Italy) and MetOffice (UK). AERONET and ESR/SKYNET sunphotometers were deployed in Cape Verde for the duration of the campaign at Praia airport, alongside ground-based in-situ aerosol observations. The location of the campaign was ideal due to its situation in the path of mineral dust aerosols originating from the Sahara and being transported westwards in the Saharan Air Layer.

The main objective of SAVEX-D is the validation of AERONET and ESR/SKYNET ground based sunphotometer retrievals of columnar aerosol properties such as volume size-distribution, single scattering albedo, refractive index and phase function, to be achieved with direct comparison with aircraft in-situ measurements (including size-distributions and filter samples) supplemented by radiative closure using the lidar and both short and longwave radiometers onboard the aircraft. Previous comparative studies between the AERONET and ESR/SKYNET networks have shown that important discrepancies in retrieved aerosol properties can arise, that are very important for climatological studies, aerosol model verification and satellite retrieval validations. The data analysis phase of the project will follow the field campaign, and the researchers will evaluate the sunphotometer measurements in light of the aircraft measurements, and try to address any possible differences.

SAVEX-D required stringent atmospheric conditions for a flight to be performed (cloud free sky at the sunphotometer site, simultaneous to an aerosol optical depth higher than 0.4). The research team utilized a range of dust and cloud forecast products, as well as near-real time satellite imagery to identify optimum flying days on 16th and 25th August: both flights were successful and performed in parallel to the ground-based sunphotometer measurements. The average aerosol optical depth during the experiments time was 0.4 - 0.6 in mostly cloud free skies, guaranteeing good conditions for aerosol inversions. 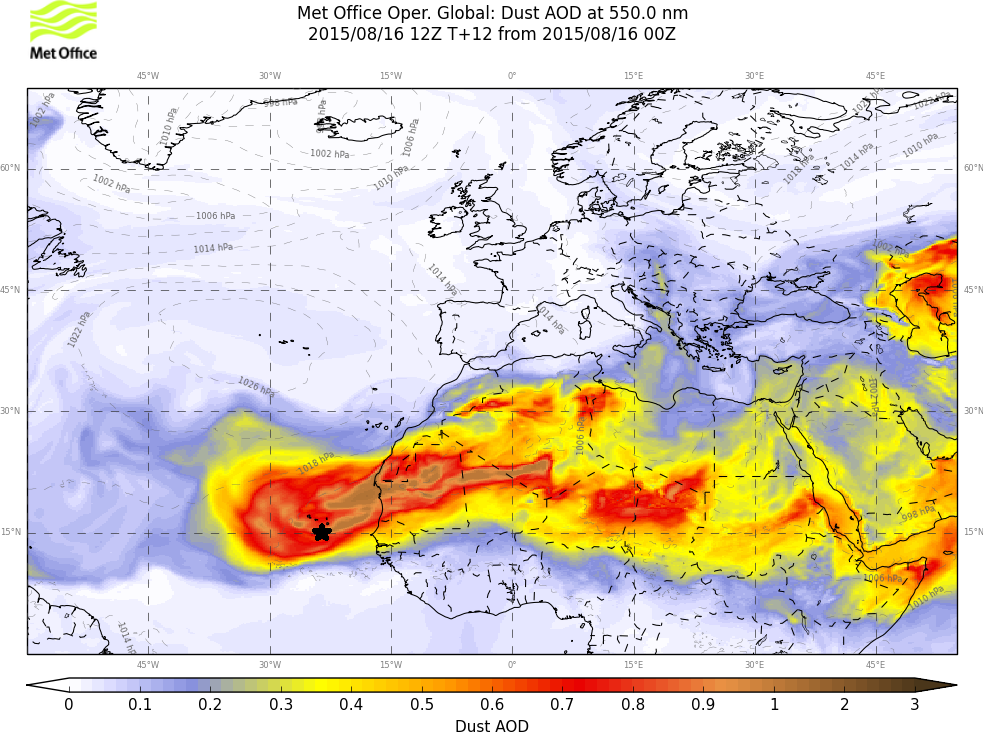 Next: Trainee Joanna's experience in the SWAMP Training Course 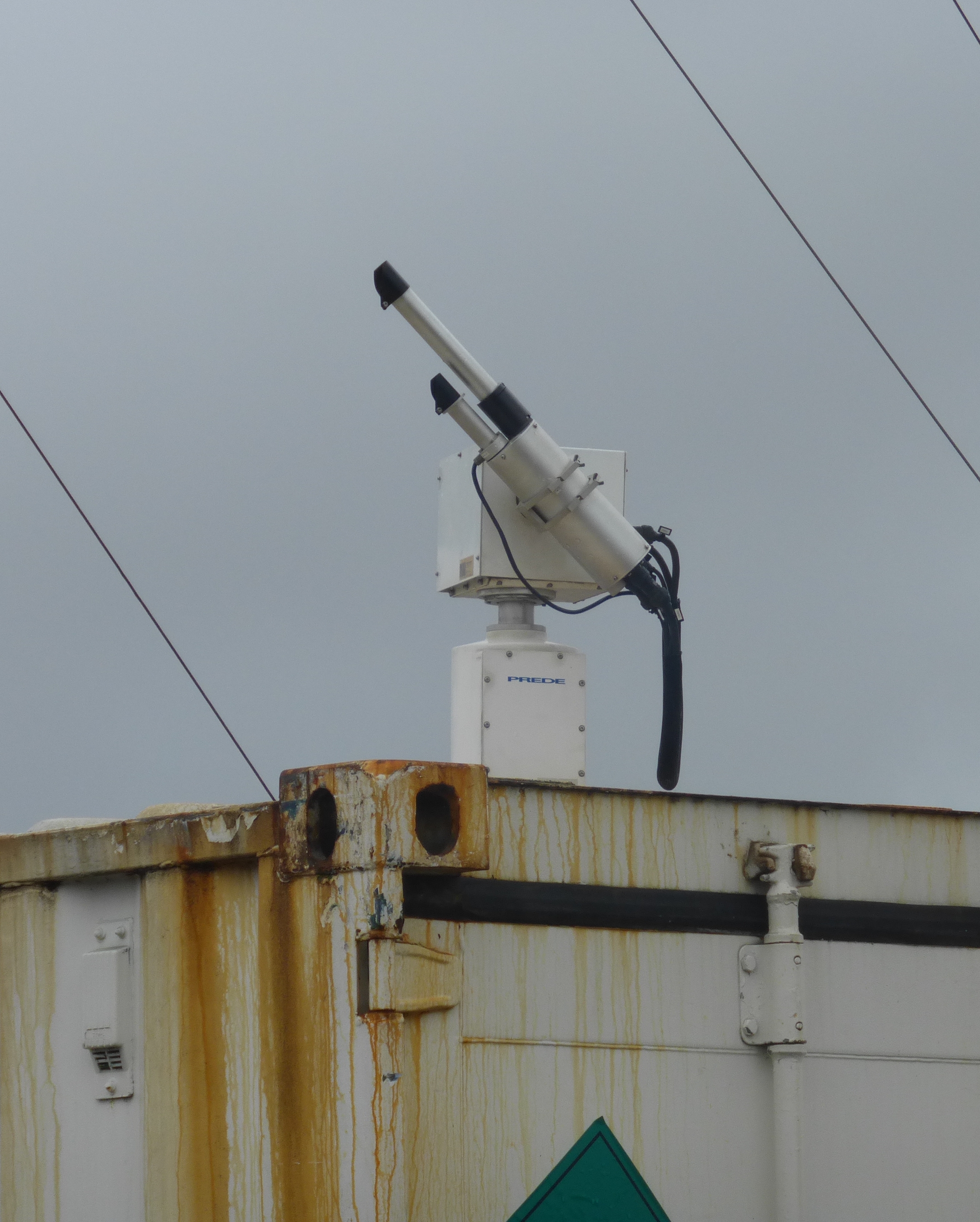 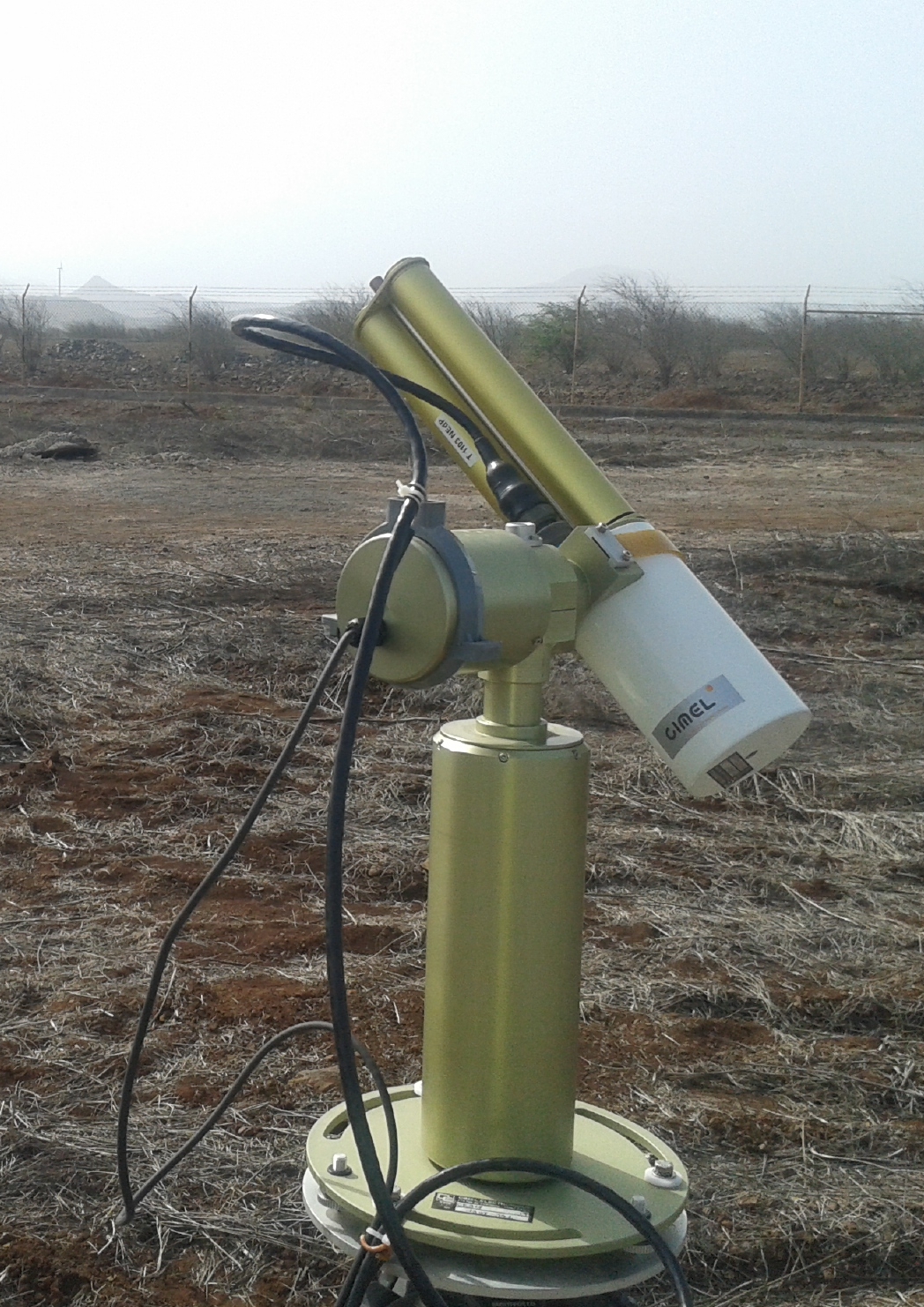 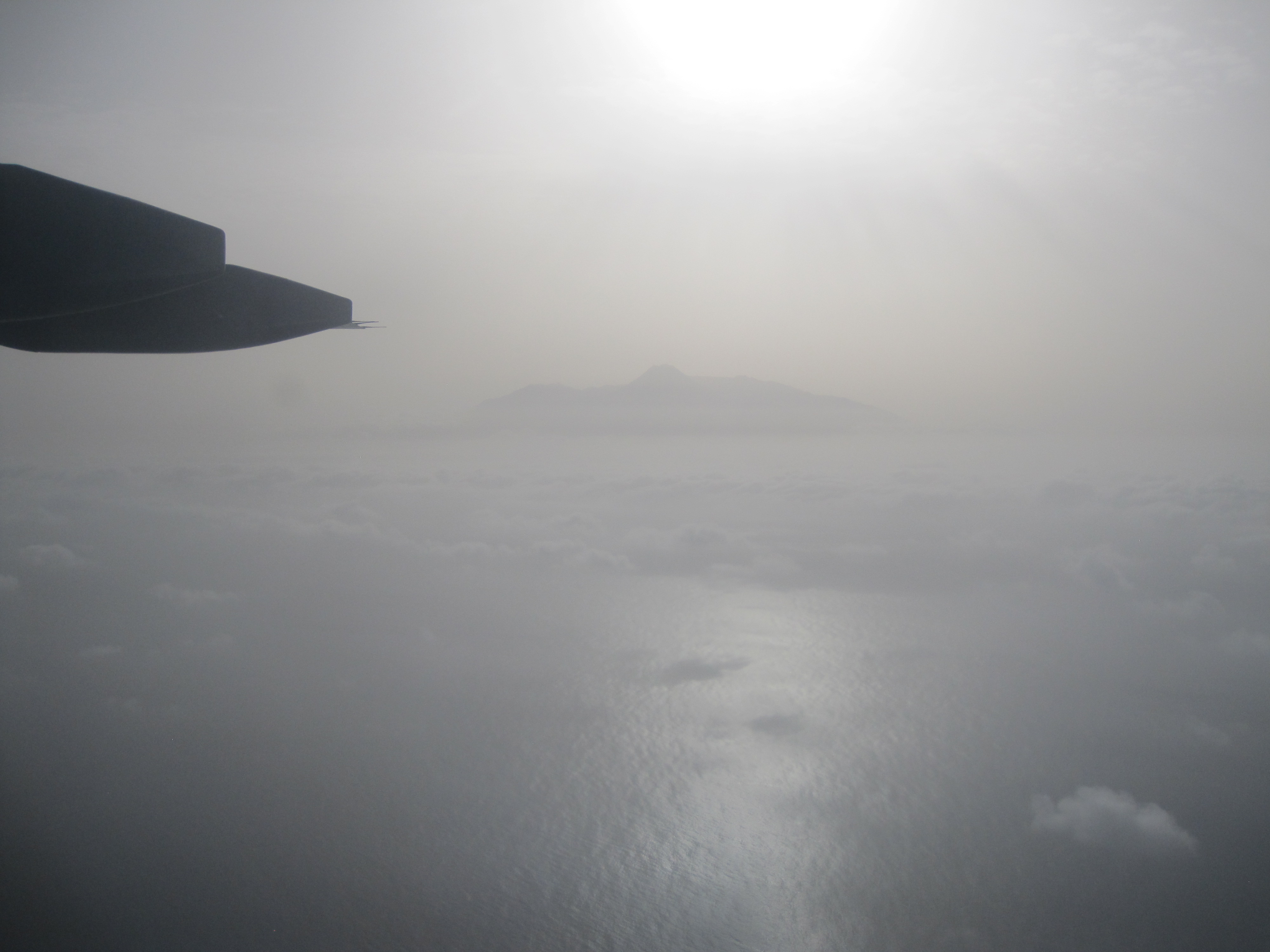 View of the Fogo Island from the flight, under the influence of a thick layer of dust - SAVEX-D Flight Campaign. Copyright Victor Estelles.