The Wessex 2023 Convection Project (WesCon) is an observational campaign based in the Wessex area of southern England which has been developed to support the development of 100m scale, km scale models and convection parameterisation work. The project, planned for summer 2023, has been developed by the Observations Based Research group at Met Office, along with regional model developers and atmospheric process parameterisation scientists and Reading University Radar Group.

We have access to 80 hours of flight time onboard the FAAM BAe146 aircraft the Chilbolton Radar and remote sensing ground based instruments from Met. Research Unit, and, subject to funding, other UK academic partners.

We will instrument the aircraft with turbulence, thermodynamic and cloud and aerosol microphysics instruments for in situ measurements along with the capability to drop radiosondes from higher altitudes. The Chilbolton radar is capable of measuring 3D structures in precipitating clouds at 100 m resolution along with Doppler winds and the turbulence spectra.

We look to build on the work of previous convection campaigns such as CSIP (Morcrette 2007 ) and COPE (Leon 2016 ) in order to:

A one day workshop on WesCon was held on 29th April 2021 including scientists from within the Met Office and from the UK Science community. The aims of the workshop were to inform those who hadn’t been involved so far of the plans for the project and to gather ideas for improving the planned campaign. The morning session consisted of a number of invited short talks which covered the scientific motivations for the project, previous similar campaigns, the current plans for the project and other potential areas of interest. The breakout sessions after lunch discussed potential problems with the plans and what more could be done. The final session included discussion of funding routes for our UK academic partners. Presentations and recording can be made available for interested parties, however you may be interested to view a recent EGU Talk outlining the scope of the project (attached video).

We are now interested in broadening the scope of our collaborations and invite potential partners to start conversations on how we could expand the research programme, through additional EUFAR aircraft, ground based instruments and networks, remote sensing products or model studies. Low level boundary layer sampling is difficult with the large FAAM BAe146 aircraft and so light aircraft or remotely piloted aircraft could fill this measurement gap.  We would be interested to hear of additional or supplementary ground based and remote sensing observing facilities that could enhance our field programme.

Next: A new data processing infrastructure for the CWIS-II sensor 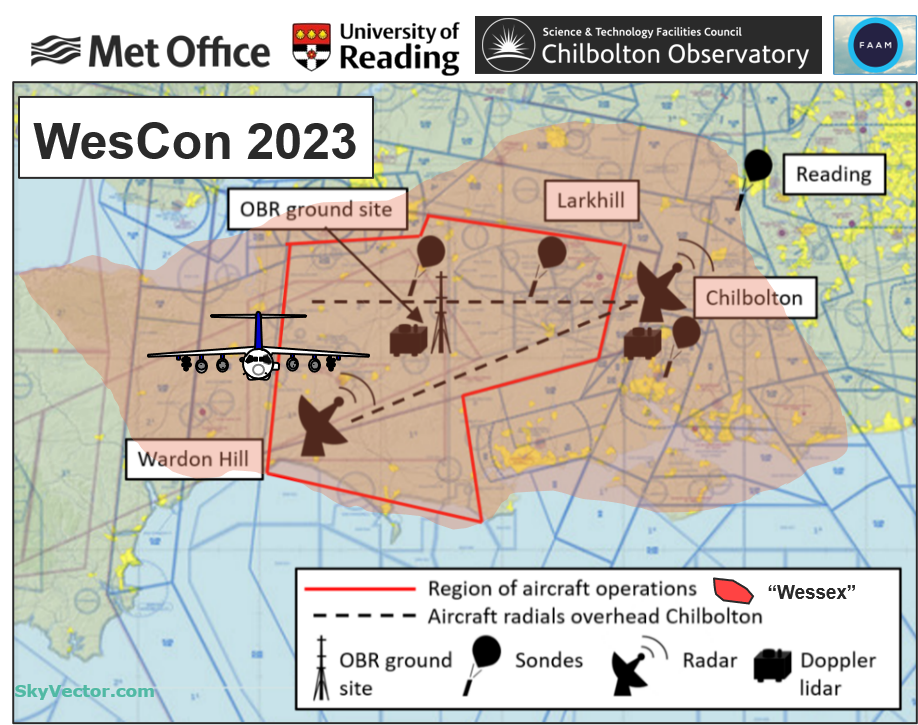 Map showing the Wescon 2023 field measurements and FAAM BAe146 aircraft. Chilbolton is a research radar with X-band capability. Wardon Hill is a Met Office S-band radar that is available for research use. OBR (Observations Based Research) Ground site will host ground based and remote sensing observations capability. 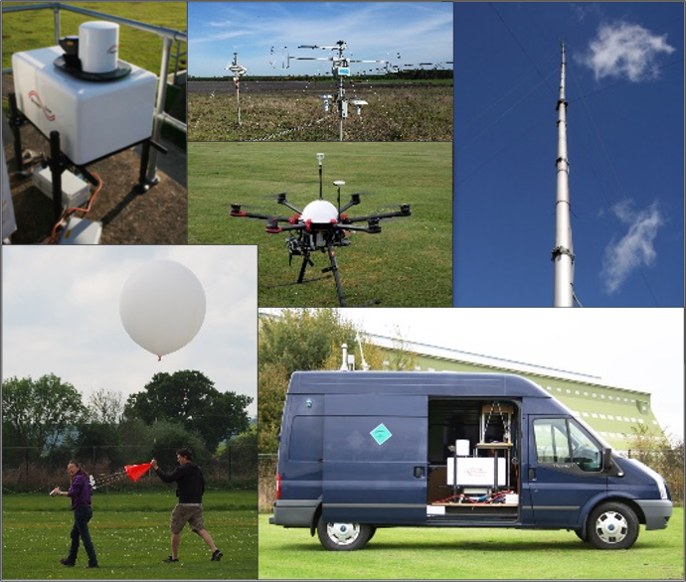