Contribution of EUFAR AISBL to EGU 2019

The EUFAR AISBL contributed to its success by three diverse activities.

The EUFAR AISBL initiated a new session dedicated to "Airborne observations, campaigns, application and future plans” which took place on Monday 8 April. It gathered 14 oral and 13 poster presentations from aircraft operators and the research community to present an overview of the current status of airborne related research, recent airborne field campaigns and their outcomes, multi-aircraft campaigns, satellite calibration/validation campaigns, sophisticated airborne instrument setups and observations, advanced airborne instrument developments, UAV applications and future plans for airborne research. The large attendance and the lively debate that followed the presentations encourage to repeat the experience next year.

The EUFAR AISBL promoted a townhall meeting on the ACROSS project by Christopher Cantrell (LISA/CNRS, France) on Tuesday 9 April. ACROSS is a multiplatform project being planned to study urban-biogenic atmosphere interactions around the Paris megacity. Scientists from France, Germany, Great Britain and Romania exchanged about possible future collaborations and multi-agency, multi-aircraft projects to describe the mechanisms of aging and mixing of the Parisian pollution plumes as they travel to the suburban forests.

Finally, members of the EUFAR AISBL attended the ENVRI joint booth and contributed to the lunchtime talks program. These Multi-Domain talks concern a wide range of objectives in the atmosphere, biosphere/ecosystems, hydrosphere and lithosphere domains. The booth was installed at the entrance Hall of the main EGU building and was continuously visited by the many members attending the conference. It was henceforth a great occasion to discuss with potential users of airborne research and with the actors of Environmental and Earth System Research Infrastructures and projects across Europe. 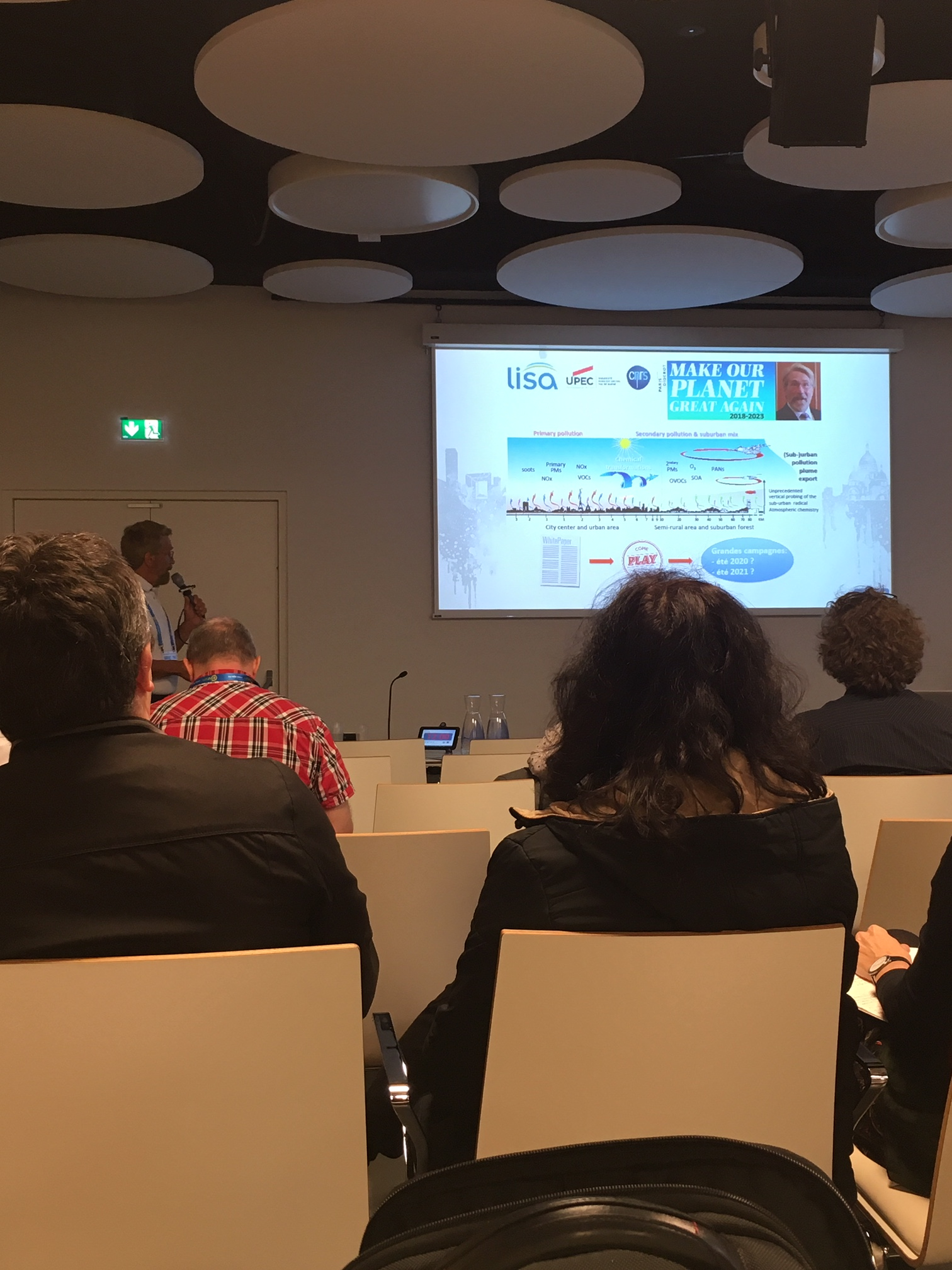 Presentation by Chris Cantrell at the ACROSS Townhall Meeting 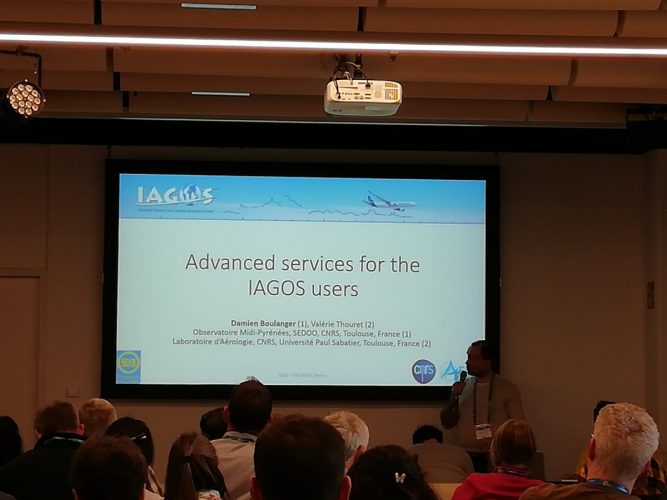 Presentation by Damien Boulanger at the scientific session: airborne data as a link between EUFAR and IAGOS 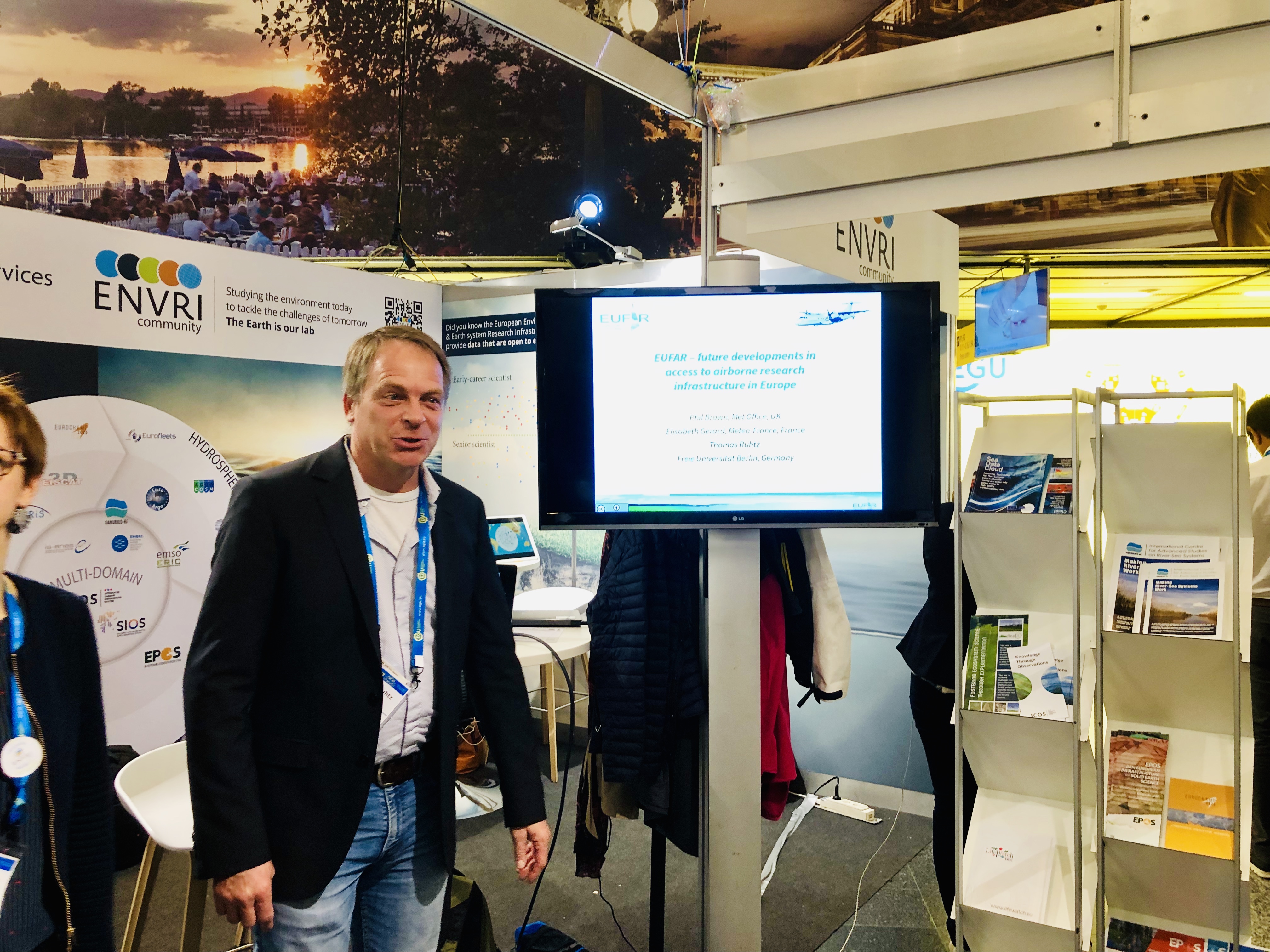