EUFAR General Assembly 2018 marks the end of another EUFAR chapter

The 5th and final General Assembly of the current EUFAR2 project (2014 -2018) took place from 22 to 25 January in the medieval town of Lugo in Spain. EUFAR partner INTA hosted the meeting, choosing Lugo strategically as it is home to the Rozas Aerospace Research Centre (CIAR) which is being developed by INTA as an R&D centre for research aircraft and UAV operations.

The very first day of the meeting, participants were invited to the town hall where they met the Mayor of Lugo - Lara Méndez and the Municipal Spokesman - Miguel Fernandéz. The Mayor welcomed the EUFAR delegation to the city of Lugo, and praised INTA’s initiative in hosting the EUFAR General Assembly and fostering future alliances in airborne research in Lugo. The Mayor further expressed her appreciation by offering a replica of a part of Lugo’s ancient Roman Walls to the EUFAR’s project and scientific coordinators, Elisabeth Gérard (Météo-France) and Phil Brown (Met Office) respectively.

The general assembly then kicked off with a presentation of each activity’s final report, giving a breakdown on all that was achieved in the last 12 months, as well as over the project’s 4-year lifespan. Some of the highlights of this busy last reporting period include the organisation of three summer schools and 2nd edition of the International Conference on Airborne Research for the Environment (ICARE 2017) over the summer of 2017, and a number of fruitful expert workshops ranging from stratospheric aircraft to measurement of cloud particles, and more importantly the constitution of the EUFAR AISBL (an international not-for-profit association under Belgian law), establishing EUFAR as an independent legal structure and ensuring EUFAR’s future.

During the four days of the meeting, a special session was dedicated to the forward-looking strategy of EUFAR and the evolution of its networking activities with regard to the EUFAR AISBL, established in 2018, which will supersede the governance of EUFAR. Consequently, the EUFAR project general assembly was followed by the EUFAR AISBL executive board and general assembly meetings, which served to discuss the strategy of the AISBL in terms of networking and joint research activities given the AISBL self-financing capacity and potential sources of external funding.

Participants were also treated to a visit of the CIAR and got to see a number of UAV facilities and aircraft, and learn about the centre’s promising R&D initiatives. On the cultural side, the participants were given a tour of the impressive Roman walls surrounding the city dating back to the 3rd century, and which remain one of the finest examples of late Roman fortifications in western Europe.

18 of EUFAR’s 24 partner consortium attended the gathering including a number of invited guests. A big thanks goes out to EUFAR partner INTA, namely José Antonio Gomez Sanchez and his team, for hosting and organising yet another successful edition of the general assembly.

Articles in the local news in Lugo (available only in Spanish):

La Voz de Galicia article on the EUFAR gathering and the future of airborne research, 24 January 2018

EUFAR representatives together with Mayor and Municipal Spokesperson of Lugo 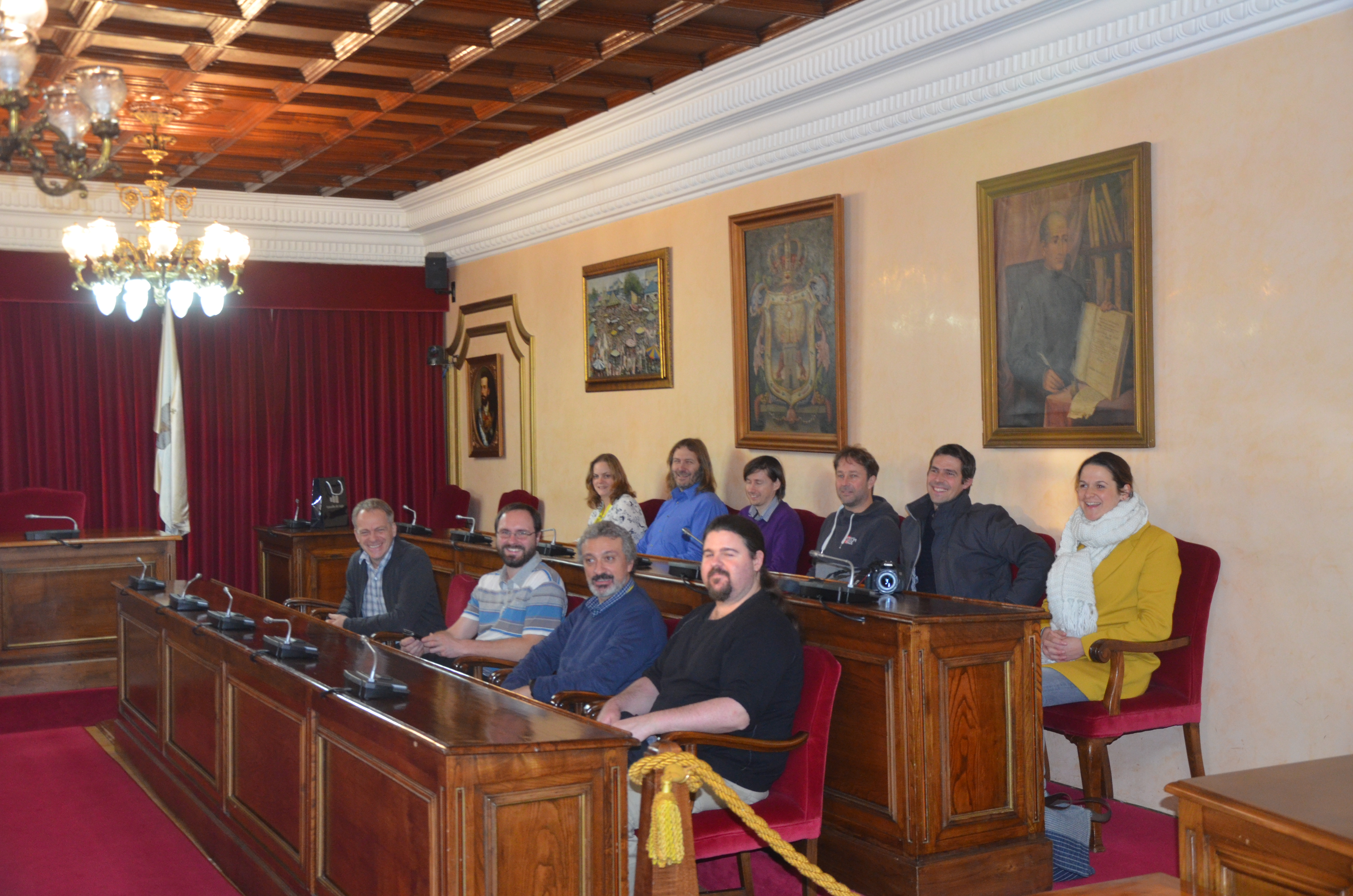 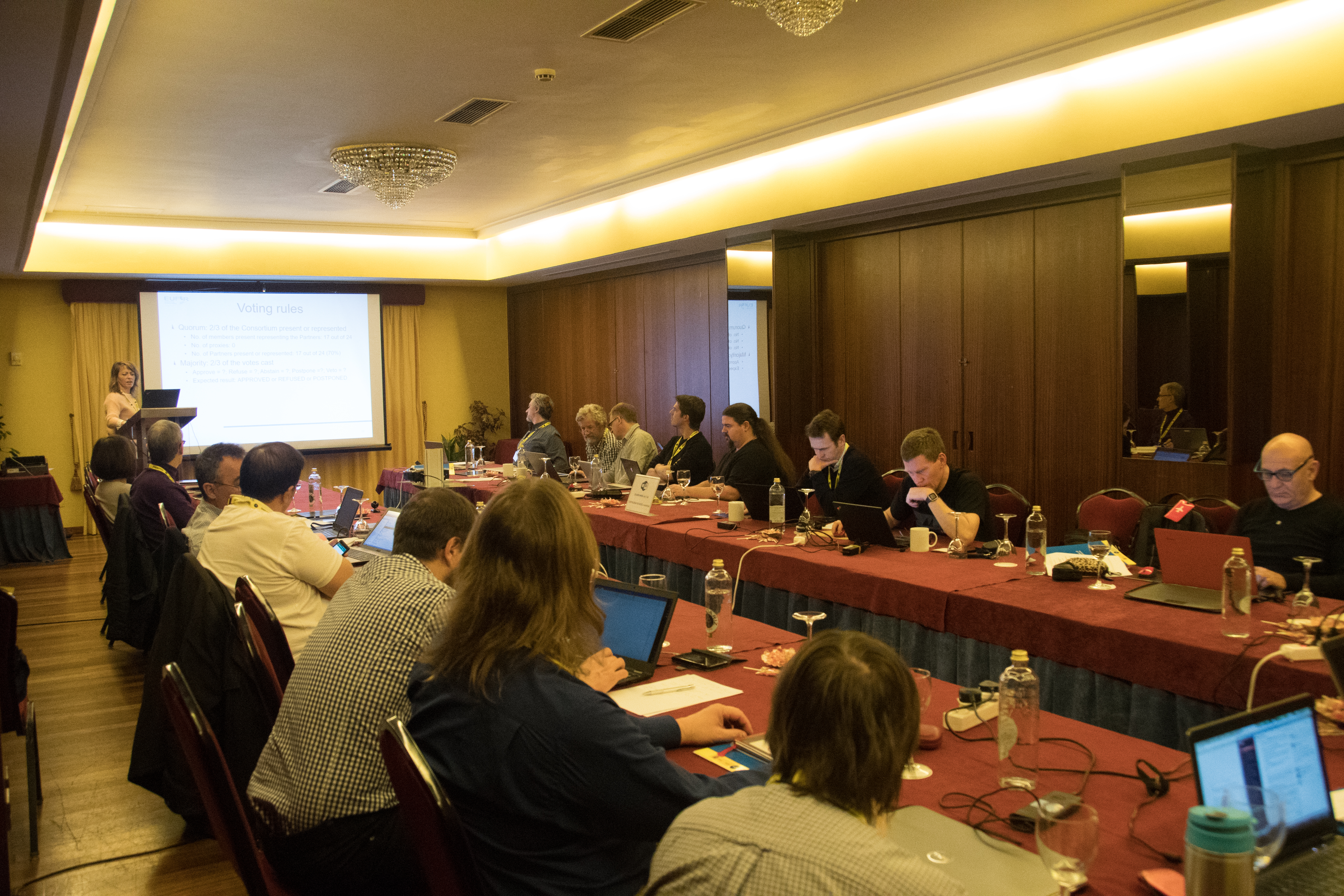 Next: EUFAR features in the Feb issue of the Open Access Government Journal

Back to top
Copyright © 2020 EUFAR All rights reserved.