At the end of 2016, European, American and Chinese institutes started to compete for the quest of the oldest continuous ice record on Earth in order to get 1 to 2 Ma of climate record. The first step was to select a site potentially containing such a record. The criteria to determine the most suitable site are thick ice sheet coupled with low snow accumulation rate, slow ice motion and low geothermal heat flow enabling low temperature at the bottom of the ice sheet. The area around the Dome Fuji in East Antarctica fulfilled these criteria. The second step consisted in an airborne campaign to map the thickness of the ice sheet, the topography of the bedrock and get an insight into its geological characteristics. To carry out the airborne survey in such a remote area, complex logistics were necessary to set up a temporary camp and to supply it with fuel to enable multiple flights, and supply engines and electricity. The camp was located at 30°E and 79°S, at an altitude of 3500m and at a 10-day traverse from the Kohnen summer station.

From December 2016 to January 2017, the “Oldest Ice Reconnaissance Dome Fuji” (OIR) airborne magnetic and radar survey was performed in the vicinity of Dome F in order to characterize a possible drilling site where the oldest ice is supposed to remain. The project was led by the Alfred Wegener Institute (AWI). The DC-3 aircraft Polar 6 plane was designed to acquire airborne magnetic data together with two radar systems. In addition, the configuration of the plane was supplemented by one video and one camera which were used to record the surface of the ice and with GPS-based satellite tracking systems providing real-time localization in WGS-84 coordinates. The receiver of the magnetometer was on board and the flux-gate magnetometer sensor was located in a tail boom made of glass fiber. In the absence of closed magnetic observatory, besides the magnetometer on board, a ground magnetic base station was established to record the diurnal variation in the vicinity of the survey area. Transmitting radar antennas were attached to one wing and identical receiver antennas on the opposite side. The burst signal of the ice thickness radar, 600ns at 150MHz, penetrated up to 4000m thick ice and determined the topography of the bed rock with a resolution of 50m. The layering of the first hundreds of meters of snow and ice, which provides information about the accumulation rate, was recorded with sub-meter resolution using Frequency Modulated Continuous Wave (FMCW) radar operating between 400 and 800MHz. The survey was flown with 10km of line spacing in average –except for the five southern flights where the spacing was 15km– an average ground speed of the aircraft of 260km/h and at a height of 450m above the ice sheet. The direction of the parallel flight lines was NE-SW. Four tie lines were flown for the purpose of magnetic data levelling. Data were recorded at 1 second intervals resulting in approximately 75m of point spacing along each line. In total, data were acquired during 24 flights around the Dome F. At the end, the airborne survey covered an area of ~170 000km² and resulted in ~23 000km of lines, northeast of the OIR temporary camp.

Apart from the thickness of the ice sheets and the topography of the bed rock provided by radar survey, knowledge of the crustal magnetic field is very valuable for determining local geology. As most of the Antarctica continent is covered by ~1500m of ice in average, the acquisition of magnetic data is one of the only possibilities to access the geology. The magnetic dataset is required to get an insight on the crustal structures of the bedrock which allows a general understanding of the regional geology around Dome F. An airborne regional magnetic survey was already performed by Soviet Antarctic expeditions in the 60-70’s in the OIR project area but at higher altitude (2500 m above the ice) and with larger line spacing. The OIR magnetic data is of higher resolution and, after processing in the coming months, we expect that it will improve knowledge of the geology of the bedrock for this parts of the continent as for example the enhancement of possible contacts and sutures within the area.

For more information, please visit the website of the European project “Beyond EPICA oldest ice”: http://www.beyondepica.eu/ 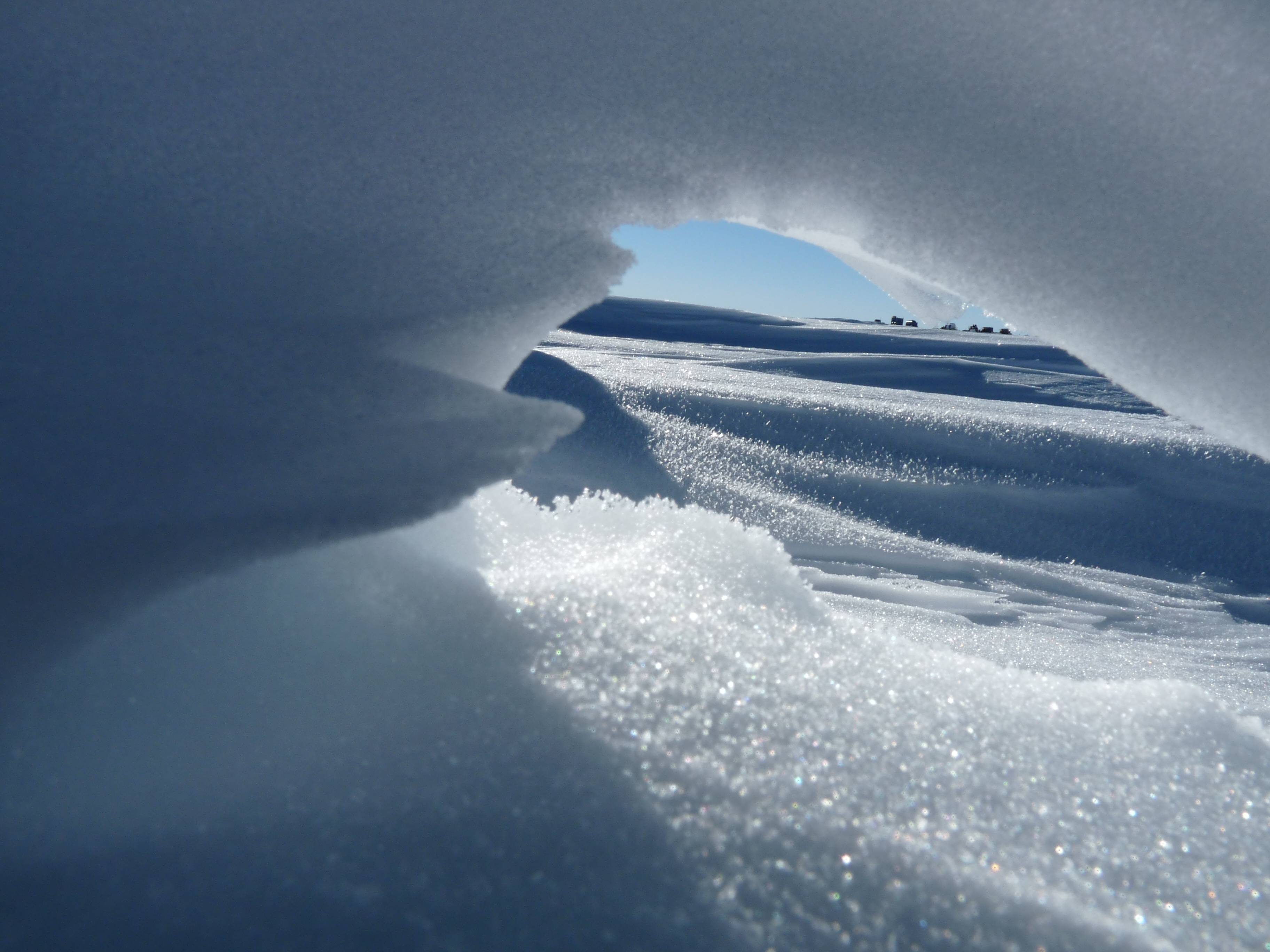 Next: Great article on EUFAR and the future of airborne research in the EU researcher magazine