EUFAR, through its Transnational Access (TA) activity, is currently accepting proposals centered on polar science applications to be flown in the austral summer of 2015. If selected, the submitted projects will receive fully funded flight-hours on a specific aircraft, and travel and subsistence support for the project team.

The current EUFAR TA fleet includes two aircraft built and equipped to conduct polar studies: the Polar 5 operated by AWI and the Twin Otter operated by the British Antarctic Survey/ NERC. The Polar 5 is a Basler BT-67a ski-equipped polar aircraft, available with special equipment for investigations of the lithosphere, the atmosphere, the cryosphere, and their interactions in the Arctic and Antarctica. Fitted with remote sensors, the Twin Otter is a high wing, twin engine, turbo-prop aircraft, and equipped with wheels/skis, it can land on snow, ice or any other type of hard runway.

Further Calls for access to research aircraft and instrumentation are expected to be announced soon on the EUFAR website, with closing dates in September 2015. 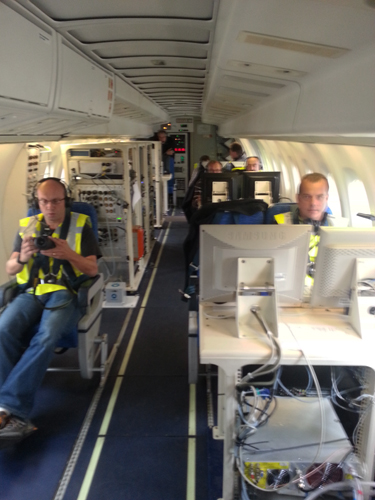 Instruments on the board.... 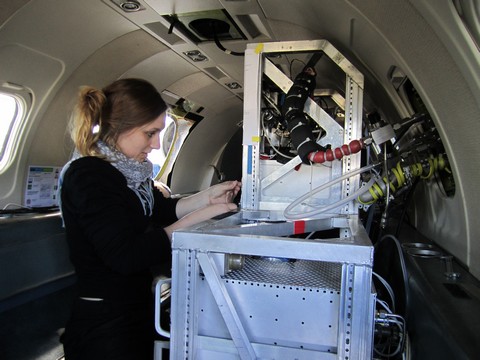 Acquisition and processing of data.

Acquisition and processing of data during measurements performed on route from Antarctica to Oslo.